The Ecologist: Reviving nature and culture in Uganda

The Bagungu People are reviving indigenous practices and ecosystems in one of Africa’s most biodiverse regions. Gaia’s Head of Communications, Hannibal Rhoades, explores more in this article for The Ecologist. 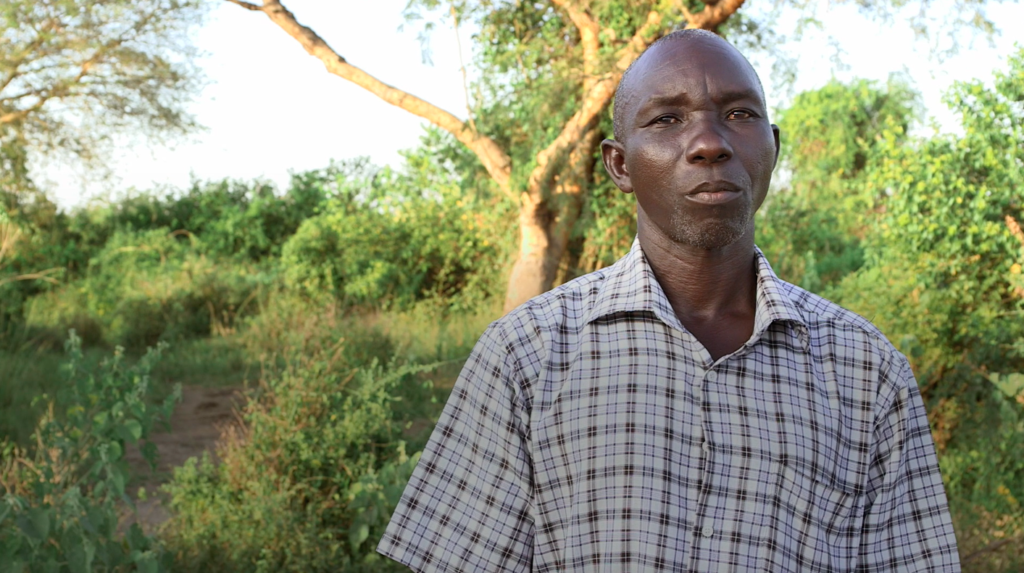 Byenkya Julias stops here and there to pick a particular type of grass, a seed pod, a flower, while walking through lush low forest a few miles from the shore of Lake Albert. He will need them at the sacred site he is approaching- a large wetland enclosed by trees and tall reeds, encircled by a stream.

Byenkya tells us when we arrive at the edge of the wetland, a threshold we will not cross: “My strong connection land is through this sacred site. Myself, my father and my grandfather were born from this land. They are buried here. These sites have been here for centuries and all of our life is derived from these sacred sites.”

Byenkya, a softly spoken man of 50, is the custodian of this sacred site. It is one of many sacred places (Mpuluma) that connect to form a network spanning the ancestral territory of the Indigenous Bagungu People.

Over a century of colonial repression and neo-liberal globalisation have taken their toll on this sacred territory. But Byenkya and the Bagungu have embarked on a journey to revive their Earth-centred culture and the life of their territory.

Their story is documented in a new film Custodians of Life: reviving culture and nature in Uganda’s Great Lakes

As for other indigenous peoples, the Bagungu’s sacred sites play an important role in maintaining the complex, eco-literate governance systems that have enabled them to live in harmony with nature for many generations. Sacred sites are where custodians seek guidance from nature on behalf of their communities, creating dialogue with species and negotiating with the wider community of life.

Bagungu sacred natural sites are a haven for wildlife. In one of Africa’s most biodiverse regions, they constitute community conserved areas including forests, rivers, fish spawning areas, lake shore and wetlands, like Byenkya’s site. In these areas, Bagungu customary law dictates that wildlife must go undisturbed.

The birdsong emanating from Byenkya’s wetland is deafening. There are leopard tracks baked into the mud. Generally shy, Byenkya becomes passionate when discussing this sacred place. Adding to nature’s clamour, he shares how, like his forefathers, he has experienced repression for continuing to go to and care for his sacred site.

Since the British colonised western Uganda in the late 1800s – though only after a determined campaign of indigenous resistance – Bagungu culture and ecosystems have been actively suppressed and eroded.

As well as suffering dispossession and displacement under British rule, missionary activity led to the demonisation of sacred site custodians and practitioners of traditional, nature-based religion.

Custodians like Byenkya have since been branded ‘witches’ and persecuted for continuing to visit and protect sacred areas. Many aspects of traditional, Earth-centred Bagungu culture have been driven underground.

To compound the situation, the shores of Itaka Lya Mwitanzige (the Bagungu name for Lake Albert), the Bagungu’s most sacred site, are now under threat from a massive planned expansion of oil extraction led by French, Chinese and British companies.

In an area already feeling the effects of climate change in the form of longer dry spells, the impacts of these historical and contemporary invasions of Bagungu life are sharply magnified.

For the past five years, Byenkya and his fellow custodians have embarked on a journey of decolonisation, cultural and ecological revitalisation to turn this situation around.

Custodians of Life: reviving culture and nature in Uganda’s Great Lakes documents how Bagungu communities have adopted ‘talking tools’ trailblazed by Amazonian Indigenous communities in the 1990s to achieve this revival.

For several years the Bagungu have held regular, intergenerational community dialogues to revive their collective memory of their territory, customary laws and the rhythms of life, recognising that, through re-education and religious conversion, colonialism forces cultural amnesia upon the colonised.

With memories returning, eco-cultural map and calendars have been drawn and customary laws and governance systems documented collectively for the first time.

Dialogues and mapping events have become impromptu seed exchanges. As a result, food security, nutrition and adaption to the changing climate have been boosted in Bagungu communities through the revival of a rich diversity of traditional, locally adapted, climate resilient seed varieties.

Sacred natural sites are being restored, revitalised and protected across the territory and more and more custodians are coming forward to participate in the revival process. Whereas just eight attended the first dialogue, more than thirty are now part of the process and they have formed their own association.

Cultural pride and community self-governance are surging back, says Dennis Tabaro, an Earth Jurisprudence Practitioner who has been accompanying the Bagungu on their journey: “These communities are showing the way for many others in our nation who have suffered colonialism and now find themselves facing the realities of climate change and destructive projects. They have revived their ecological knowledge together and are healing their ecosystems for present and future generations.”

Through this remarkable revival the Bagungu have made new allies and helped win major policy victories at the local level and national levels.

Meanwhile, Uganda’s Government has taken an exciting step towards becoming the first African nation to fully enshrine the Rights of Nature in its legal system via the nation’s 2019 Environment Act.

Tabaro continued: “The Ugandan authorities are recognising the Bagungu’s work and opening the door to a different kind of future for our country – by decolonising our minds and drawing on our rich ancestry to remember that development and wellbeing can and must be attained in harmony with Nature. Uganda is now poised to become a leader in Africa and globally as it takes this opportunity.”

These victories are opening the door for communities across Uganda, and Africa more widely, to follow in the Begungu’s footsteps.

In 2017, Bagungu custodians played a critical role in convincing the African Commission on Human and People’s Rights to adopt a new resolution calling for continent-wide recognition and protection of Indigenous sacred natural sites and ancestral lands and the rights of the communities who conserve them. It is a landmark achievement towards the decolonisation of conservation and Africa’s legal systems.

Speaking on the occasion of the official launch of Custodians of Life, Liz Hosken, director of The Gaia Foundation, the environmental organisation that commissioned the film, said: “Across Africa there is a growing movement of communities like the Bagungu who have realised their indigenous ways of life, their customary laws and governance systems which cared for the land for generations, hold the key to a life- sustaining future in Africa.

“They are raising their voices with confidence, influencing and inspiring support for policies that reflect Africa’s plurilegal heritage. This film is an invitation to decision makers to walk alongside the Bagungu and others on the path of restoring life for generations to come.”

In the midst of climate emergency and a pandemic caused in part by ecological destruction, the Bagungu are demonstrating the vital contributions African indigenous people can make to planetary health in the strongest possible terms.

Watch Custodians of Life: reviving culture and nature in Uganda’s Great Lakes. The film was produced by The Gaia Foundation, Associates for Natural Resources and Development Uganda (Anarde), National Association of Professional Environmentalists Uganda (NAPE), and the African Institute for Culture and Ecology Uganda (AFRICE)

Read an interview about the Bagungu’s journey, with Dennis Tabaro.