The Dark Side of Digitalization: Will Industry 4.0 Create New Raw Materials Demands?

The digitalisation of production and the ‘Internet of Things’, referred to as Industry 4.0 in Europe, is being sold with the promise of ‘clean’ economic growth and resource efficiency in a time of converging eco-social crises.

But although the new technologies making this ‘fourth industrial revolution’ possible might seem sleek, clean – almost immaterial – they are not. 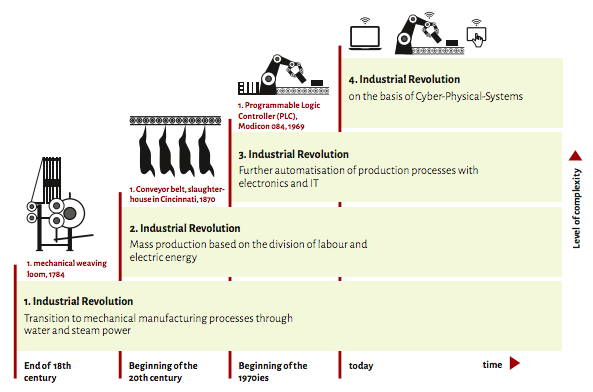 Published by Powershift E.V. the Rosa-Luxemburg Foundation, Yes to Life No to Mining and Gaia, The Dark Side of Digitalization: Will Industry 4.0 Create New Raw Materials Demands? sheds light on the interlinkages between new technologies (including renewables), increasing mineral and metal demand and the social and ecological consequences of mining.

The briefing asks critical questions that challenge the assumptions underlying this new technological, political and economic transition, like:

It highlights the critical need for a change of course and makes the case for a future beyond extractivism and the reliance on the expansion of hidden violence against people and planet.

The Gaia Foundation and our global allies have produced a number of reports and films about the impacts of the extractive industries. Find out more through the information and links below:

Opening Pandora’s Box– The New Wave of Landgrabbing & the Devastating Impact on Earth (2012) reveals the leading role the extractive industries are playing in global land grabbing, turning their attention to ever more pristine and fragile ecosystems and more extreme technologies.

Short Circuit – The Lifecycle of our Gadgets and the True Cost to Earth (2013) takes a ‘cradle-to-grave’ look at the lives of our gadgets, from extraction to e-waste.  These themes are picked-up by our fast-paced animation, Wake-Up Call.

UnderMining Agriculture- How the extractive industries threaten our food systems (2014) exposes the hidden costs of mining on food, water, land, air and climate, through data, case studies and an attention-grabbing infographic.

UnderMining the WaterCycle- The extractive industries and the planetary water crisis (2016) reveals the role mining is playing in exacerbating a fresh water crisis on an already thirsty planet. The report includes an infographic and is accompanied by Water is Life, an animation that explores healthy vs mine-impacted water-cycles.

In Defence of Life (2016) is our feature length film that follows the struggles and successes of four communities resisting mining in South Africa, Romania, Colombia and the Philippines. Exploring these David and Goliath struggles, the film shows that when injustice is globalised, so is resistance. It is available in French and Spanish and accompanied by a series of interviews.