Much of our work on seed and food is known as the Community, Seed and Knowledge (CSK) Programme, a methodology developed by Gaia with local and indigenous communities and partners over the last three decades. CSK is underpinned by the understanding that the revival of indigenous, locally-adapted seed and traditional knowledge is critical for securing diverse food crops in a climatically unstable world. With diversity comes resilience, and it is traditional farmers – especially women – who have the greatest depth of understanding of the rich diversity that exists in their fields, wild spaces and kitchen gardens. Both this diversity and the related knowledge is at risk with every passing generation.

Climate instability is a challenge for both traditional knowledge and biodiversity, because it is unpredictable. In order to increase capacity to respond, genetic and biological diversity needs to be enhanced. Traditional farmers already do this; they maximise genetic diversity in various ways. A respectful collaboration, building on traditional knowledge and practices with western science, can help to enhance climate change resilience and productivity further through increasing genetic and biological diversity. 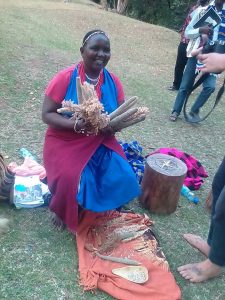 Kaguna, an elder from Kenya, holding traditional millet and sorghum

For local and indigenous communities, seed is an integral part of the fabric of their culture and traditions. Communities have interwoven seed into their customs and rituals for thousands of years, from rites of passage such as marking births, marriages and deaths, as well as for ceremonies within Sacred Natural Sites. The fertile, regenerative qualities of seed are symbolic of life itself; of the feminine, life giving qualities of the Earth.

The inextricable link between seed and cultural practices means that the loss of indigenous seed is followed swiftly by a loss of cultural traditions (and vice versa). The push for modern hybrids and genetically modified (GM) seed threatens biodiversity as well as cultural diversity. When indigenous seed is lost or made illegal, with corporations pushing hybrid or patented seed and associated chemical products, then life for rural communities fractures. In place of naturally fertile, re-producing seed, they are sold something altogether different – modern hybrids and genetically modified versions of a ‘seed’ that cannot reproduce. This is a profound violation of life’s regenerative capacity.

The commodification of our food system by global corporations is a system built on profits, trade and ownership. Watch our film Seeds of Freedom, narrated by Jeremy Irons, to see how agri-culture became agri-business. This has resulted in increasing hunger and poverty as well as huge amounts of food waste. In contrast, traditional and small-scale agroecological farming methods improve the fertility of the soil, absorb carbon from the atmosphere and promote a rich diversity of crops, following the laws of Nature. An agroecological approach to farming is key not only to building our resilience to climate change, but to cool the planet.

Gaia and our partners resist the industrial food system, the genetic engineering of seed and food crops, toxic chemicals, and the rapacious drive for landgrabbing for industrial monoculture. Through film, reports and infographics we support communities with the evidence they need to stand up to those in positions of power. We work with grassroots partners who are walking alongside local communities, especially women farmers, to revive traditional knowledge, indigenous seed diversity, and collaborate with the food sovereignty movement as it builds resilience to deal with climate disruption and resists corporate control. 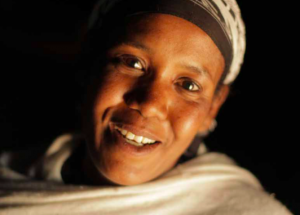 We believe that this work of reviving traditional knowledge and seed diversity is a priority. The Community-Seed-Knowledge (CSK) approach that we have evolved with communities is a potent and effective way of inspiring active communities to engage in regaining control of their seed and food systems. Through processes such as dialogues with elders to restore ecological knowledge, eco-cultural maps and calendars and peer-to-peer learning exchanges, CSK focuses on reviving and enhancing traditional seed diversity and related knowledge. It does this working hand in hand with small-scale farmers using agro-ecological farming practices and linking up with the food sovereignty movement.

From communities in the Colombian Amazon to the hills of Zimbabwe, the CSK approach has strengthened community cohesion and resilience, and fired up a network of local actors furthering this work. This approach recognises and restores the central role of women as custodians of seed diversity, food and biodiversity. The impact of colonisation and all that has followed has severely undermined the role of women and their intricate knowledge of biodiversity, wild foods, the cultivation of seed diversity and their capacity to read the climate and ecosystem in order to produce food. They produce food not only to feed the family, but also for the varied communal ceremonies in which traditionally they play a vital role. This is explained more fully in out 2015 report, Celebrating African Rural Women Custodians of Seed, Food and Traditional Knowledge for Climate Change Resilience.

Our CSK work is documented in Gaia’s 2013 film Seeds of Sovereignty which unpacks, chapter by chapter, the processes involved in community based seed revival. The thirty minute film can be viewed online at our dedicated website www.seedsoffreedom.org

Achieving resilience means learning to understand the natural laws of living systems so that we work with Nature rather than against her. Gaia collaborates with communities, organisations and movements to enhance resilience to both climate disruption and destructive industrialisation. Knowledgeable women and men elders are at the heart of Gaia’s work with partners and communities to revive and enhance traditional knowledge and practices and governance systems. Indigenous knowledge is holistic, understanding the dynamic interdependence of the web of life, the seasonal and climatic cycles, and that healthy food systems depend on healthy ecosystems. Yet indigenous communities have been systematically undermined and fragmented through the colonial and post-colonial processes, shattering their confidence in their knowledge and practices, and in themselves. By recognising this, and working with knowledgeable women and men elders at the centre of ongoing community dialogues to restore traditional practices, the confidence of both the elders and the wider community grows. 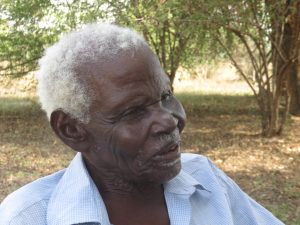 Alone, the eldest of the sacred natural sites custodians in Buliisa, Uganda

Through community dialogues, eco-cultural maps and calendars, community learning exchanges and related activities, not only is the traditional seed and food system restored, but also the customary laws and governance systems to protect these ecosystems. This is essential for building resilience to climate disruption – by regenerating the ecosystems on which food systems depend, the impact of floods and drought is reduced. As seed diversity is restored, certain sacred seeds traditionally used in ceremonies at sacred natural sites come back into use, reinvigorating the traditional use of these sites.

Sacred Natural Sites are culturally, spiritually and ecologically important and they are refuges for biodiversity, where wild crop relatives are able to adapt to the growing climatic instability. And thus the web of life, which includes the human community, begins to weave back together again to enhance climate change resilience, community cohesion and self-governance.

Climate change resilience is enhanced when ecological governance sustains the resilience of ecosystems, food systems and community in dynamic equilibrium, and where these healthy systems are linked up across regions.