In Photos: Indigenous and traditional fishers gather for Festival of Northern Fisheries

It is less common, however, to hear the stories of the fisher-people around the planet who have lived in balance with their fish relatives for generations, feeding their communities and the world without damaging ecosystems.

From 5-9thof September over 150 small-scale and indigenous fishermen and women- custodians of water systems from Greenland to Taiwan- came together in Tornio Finland to exchange knowledge and techniques, songs and stories, at the Festival of Northern Fishing Traditions, co-organised by Gaia partners the Snowchange Cooperative.

These photos tell the story of the exchanges, and the importance of listening to, learning with and working alongside traditional knowledge holders to address the threats to our living planet’s waters- from climate change to mega-mining.

From Mine to Marsh

A small, initial group of international delegates joined the Snowchange Cooperative in North Karelia, Eastern Finland, to visit Linnunsuo (‘Marsh of the Birds’). Not so long ago, Linnunsuo was an open-cast peat mine. But after a pollution event from the mine killed fish in the local Jukajoki River System, local people from the villages of Selkie and Alavi succeeded in getting the mine shut down. Since that time they have embarked on an ambitious, landscape-scale rewilding initiative for Linnunsuo and the Jukajoki River System. 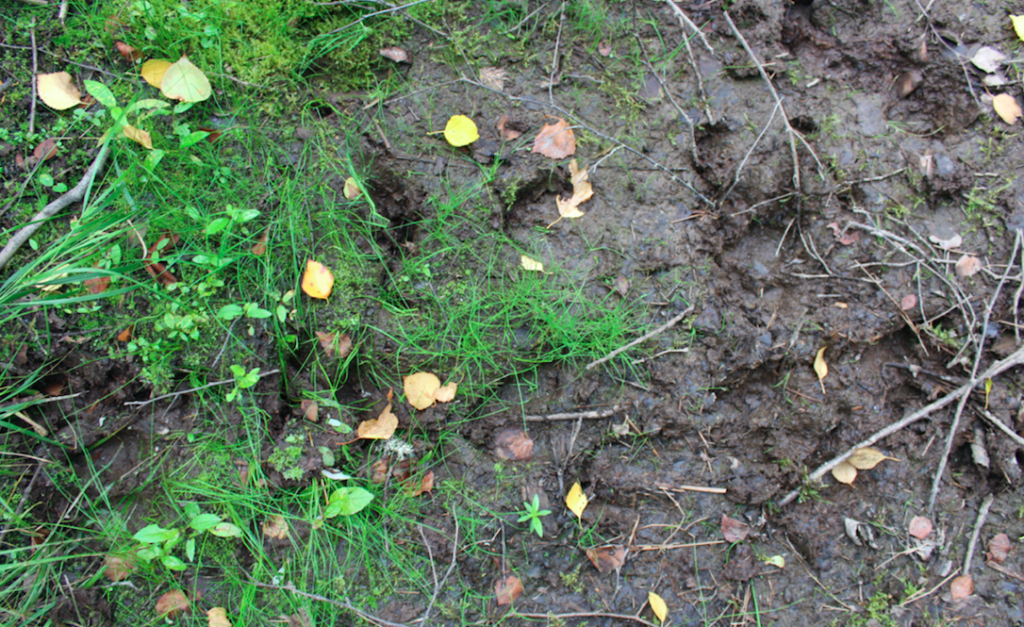 Moose tracks in Selkie. The restoration process combines the traditional knowledge of local people, who interact regularly with their lands and waters, noticing subtle signs of change, with the complementary expertise of scientists. A key aim of this approach is to level power relations between knowledge systems and holders, allowing the restoration process to benefit from different ways of knowing the Jukajoki River System. 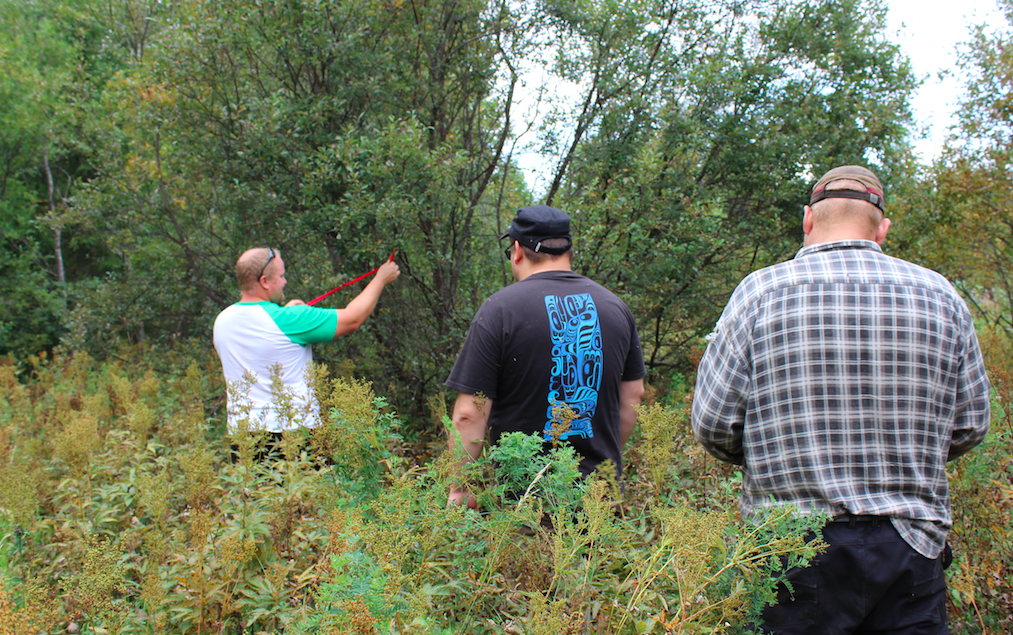 Janne Raassinen, an expert in wetland reconstruction, marks out the parameters of a new wetland. The restoration and rewilding project in Selkie seeks to undo the damage done to water systems by years of intensive forestry, peat mining and agriculture. New wetlands created throughout the river catchment de-acidify the water, reduce organic loading which reduces oxygen levels in the water and create habitats far richer than the open pits and economic forests they replace. 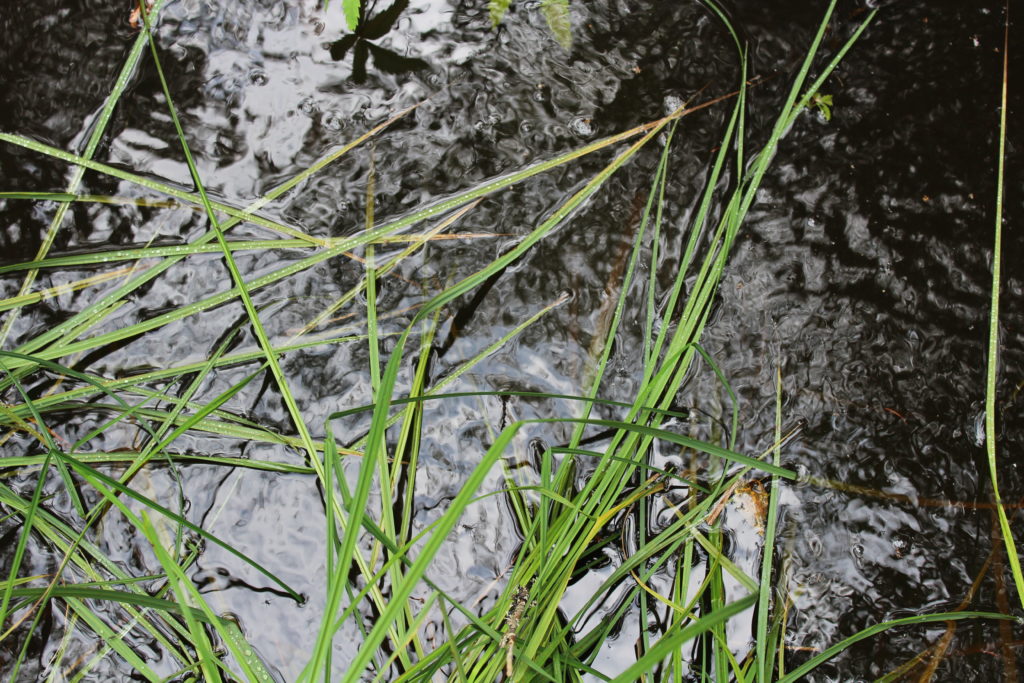 The return of cleaner waters to Selkie affirms that is not enough to conserve what remains- our urgent task is to restore ecosystems and Earth-centred cultures to health. Long-term, local people and the Snowchange Cooperative hope the restoration work will see migrating salmon return to a healthier river system that draws down CO2, contributing to reducing the impacts and severity of climate change. After only a few years, the signs are good. Migratory bird species are stopping and nesting at Linnunsuo, which is now internationally recognised as an important area for biodiversity. Local people have observed brook lamprey- an indicator species for good water quality- in the river once more. 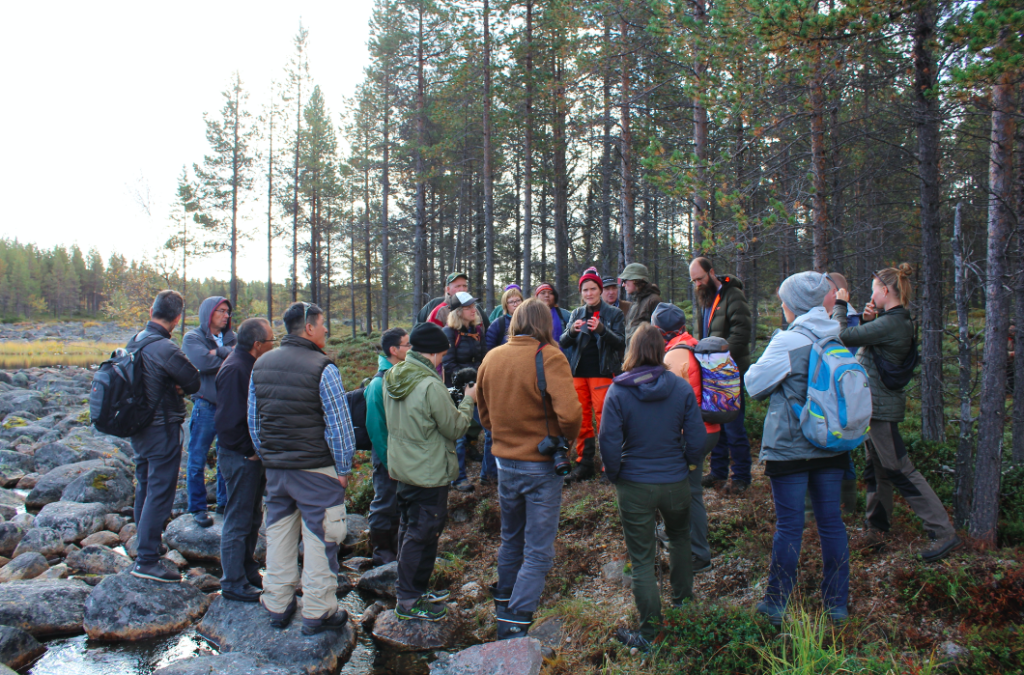 Fishermen and women from New Zealand to Greenland travelled to the territory of the Skolt Sami People in Finland’s arctic north to learn about the Indigenous-led restoration of another water system- the transboundary Näätämö River, one of Europe’s last free-running salmon rivers. Here Skolt Sami spokesperson Pauliina Feodoroff describes the process. 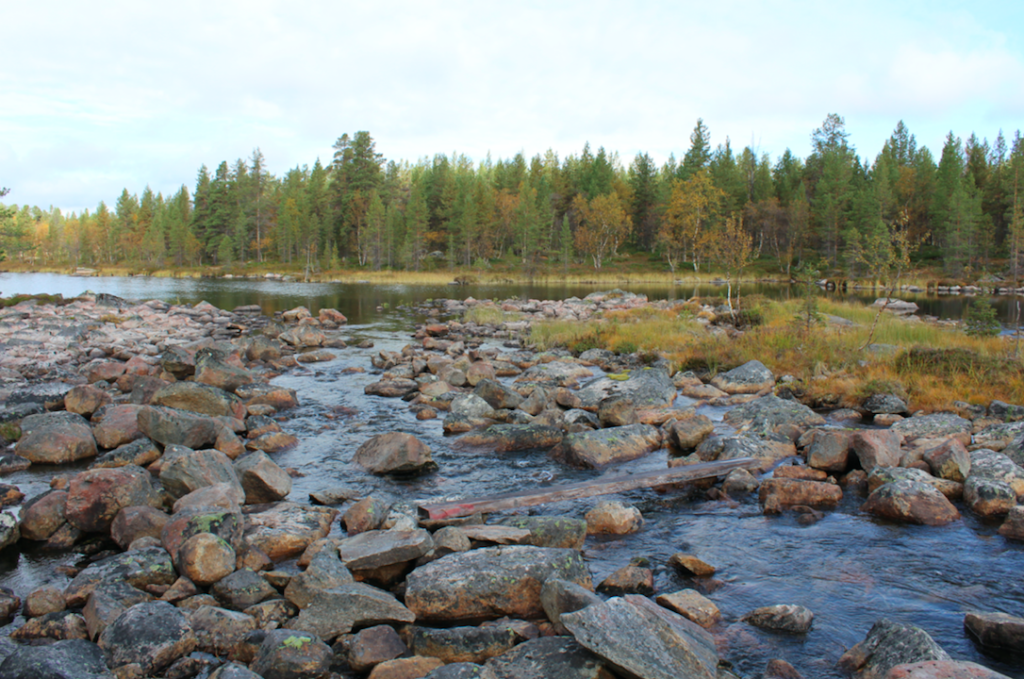 Moving boulders. Having observed the reduction of key fish species, including salmon, in the river, the Skolt Sami People have restricted their own fishing activities. They have also been undertaking restoration actions to undo the damage done by loggers, who in the 20th Century removed boulders from the river to allow timber to be floated downstream. This caused the river to speed up, washing away the natural gravels salmon and other migratory fish use during spawning. Following the instructions of Skolt Sami elders who remember how the boulders lay and where the fish spawned, the Skolt Sami and Snowchange have been reconstructing the river’s natural course of boulders and spawning gravel along a 5km stretch. 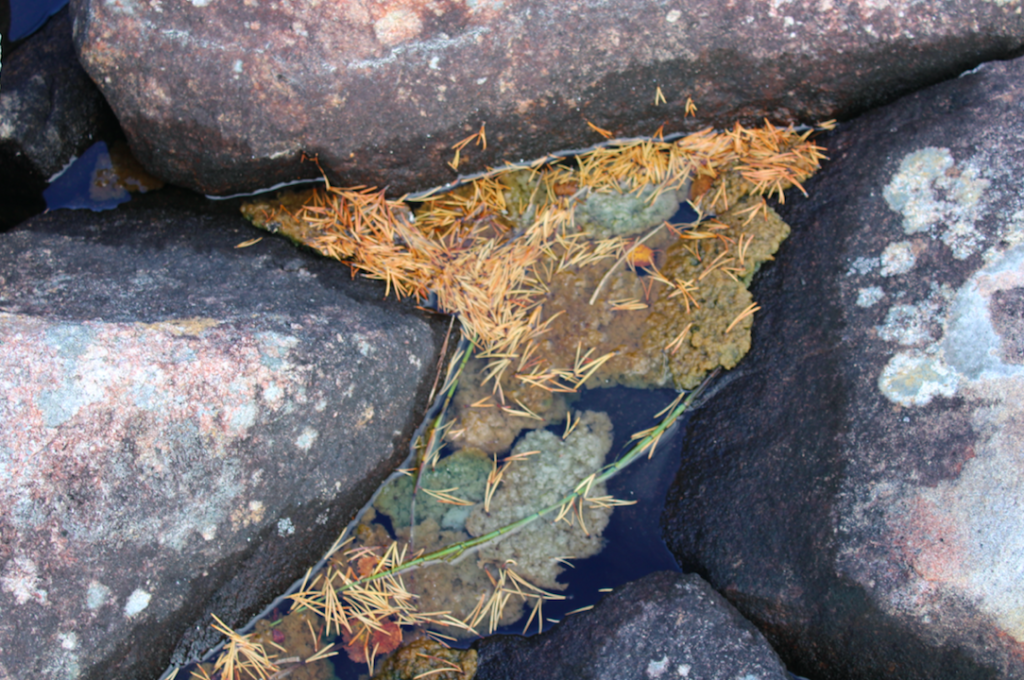 Algae and pine needles mix between boulders along the course of Näätämö . The Skolt Sami’s restoration of the river is also a timely response to the climate change impacts they have observed in the area. Record temperatures have caused low water levels and the formation of thick carpets of algae that reduce the oxygen in the water available for fish. Out on the land year-round fishing and herding reindeer, the Skolt Sami have been the first to notice and respond to these changes. 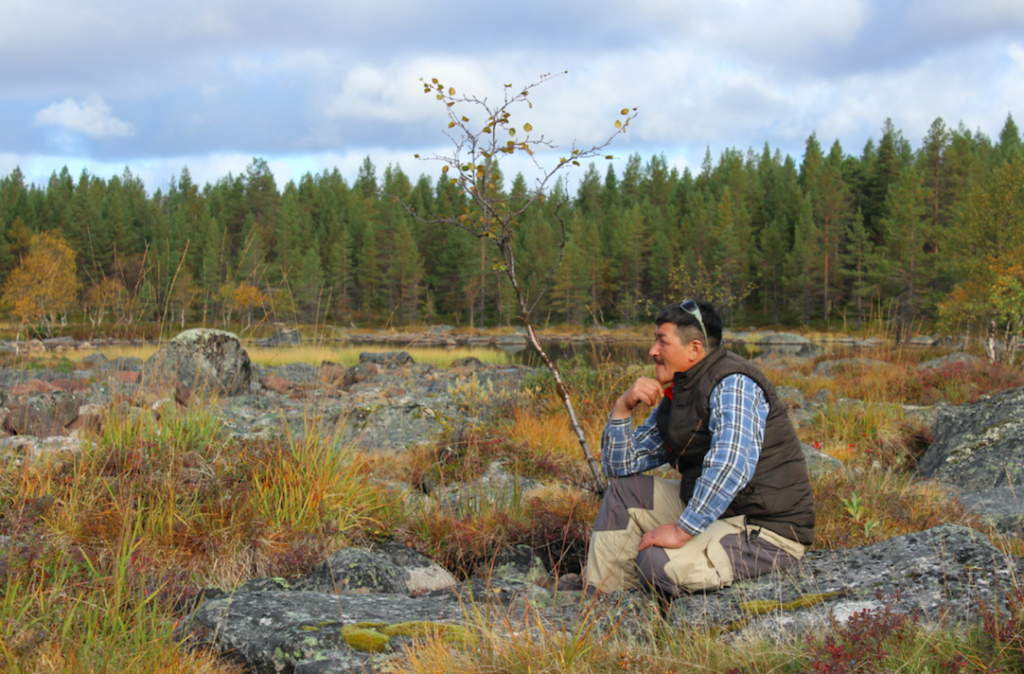 Nuunoq, an Indigenous fisherman from Greenland, ponders what he has learned in Näätämö. The visit of fishermen and women to Näätämö is the Skolt Sami’s first opportunity to exchange their advanced work with other small-scale fisher-people. In connection with rewilding efforts along the Jukajoki River, in western Finland and in the Finnish boreal forests, the Näätämo Project will continue to expand in the coming years. 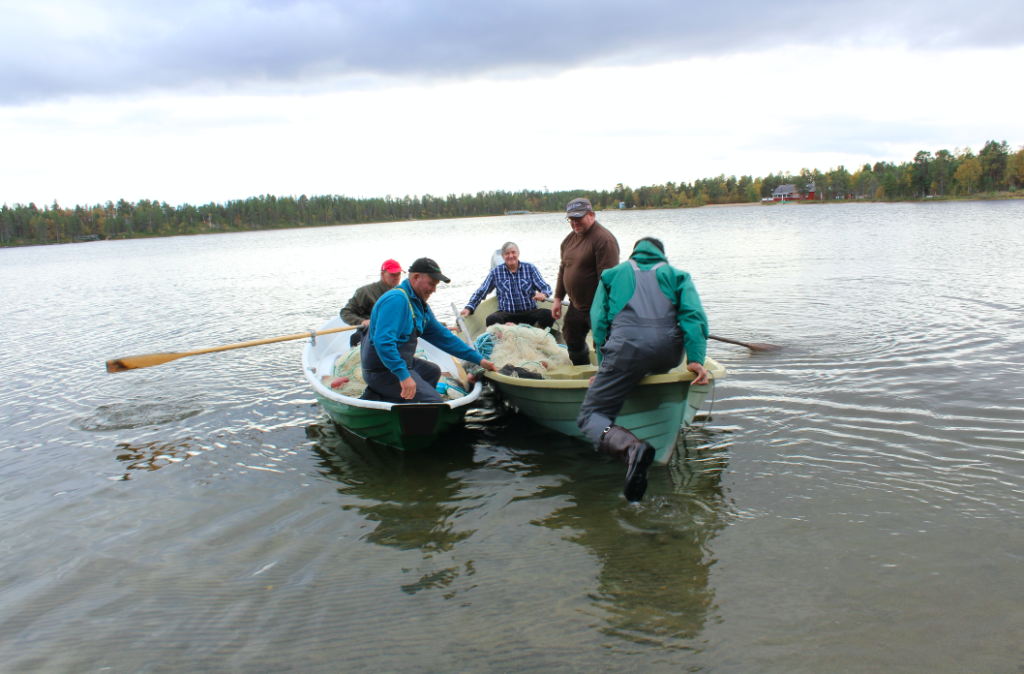 Learning by doing. Halfdan Pedersen, a Greenlandic fisherman, leaps aboard to go seining- a traditional net fishing technique- with Skolt Sami fishermen on Lake Sevettijärvi. The Lake provided a dinner of delicious whitefish for all. 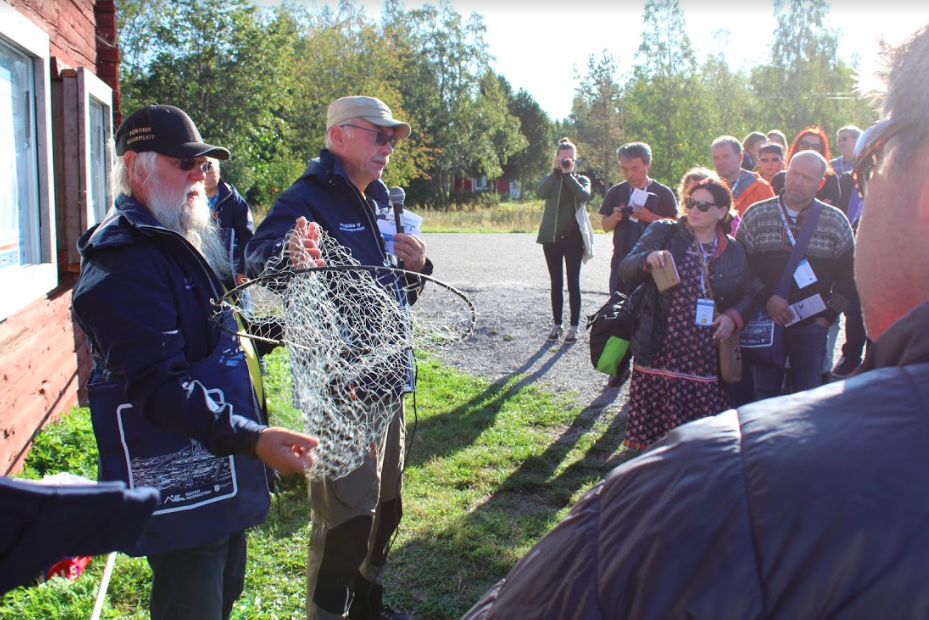 Many ways to catch a fish. 150 fishermen and women converged on the Finnish-Swedish town of Tornio-Haparanda for two days of exchange that highlighted the huge diversity of traditional fishing practices used planet-wide, each one locally adapted.  Delegates described how customary governance systems based on rich and long-term knowledge of place has enabled them to sustain fishing activities and good relations with the fish for generations, even as technologies and wider dynamics have changed. 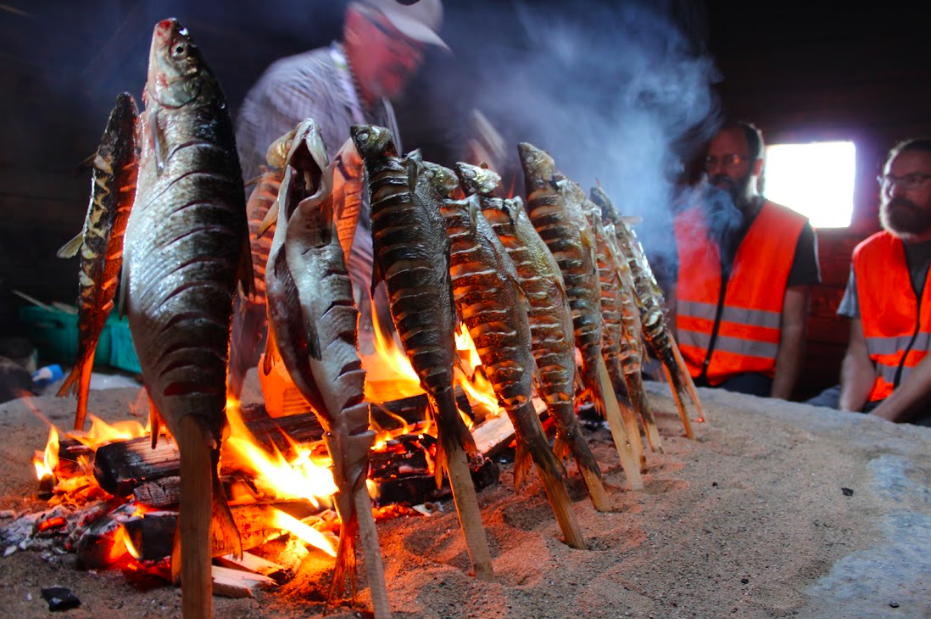 Heating up. Delegates were also able to discuss the common challenges they face. Industrial fisheries operating at economies of scale are undermining small-scale fishers and fish populations. Rivers, lakes and the ocean are polluted or threatened by the impacts of mining, logging and other extractive industries. The impacts of climate change are being felt everywhere as fish and other aquatic species migrate or struggle to adapt. 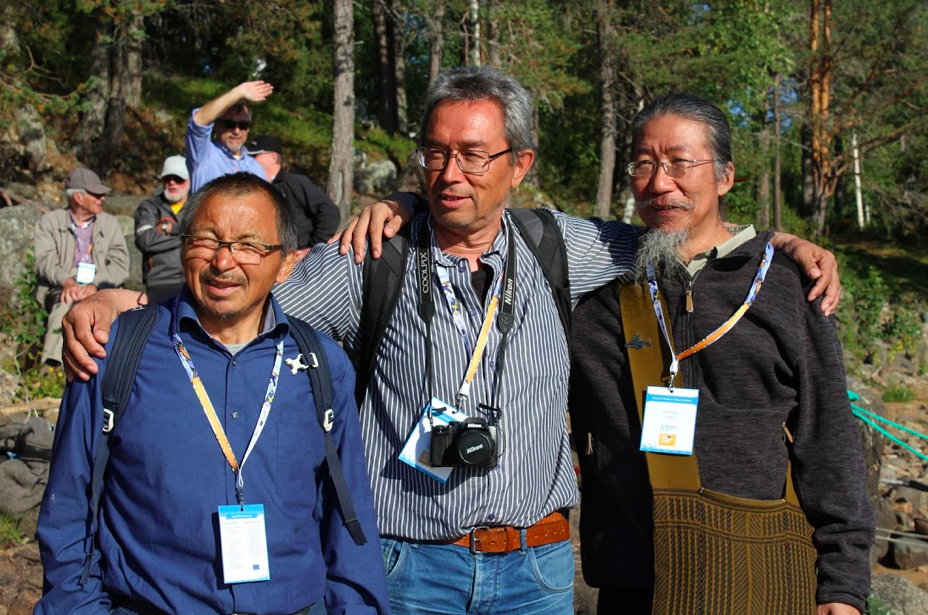 Comprehensive solutions to complex problems are as elusive as salmon have become in many northern rivers, but during their exchanges fishermen and women found common ground on several key actions. They emphasised the importance of creating more awareness of the role of women in both catching fish, and as knowledge holders of how to process, store and cook fish. Also, the need for more positive, collaborative relationships between scientists and traditional knowledge holders, as seen in Selkie and Näätämö.

All were agreed that where intact fishing traditions and ecosystems remain, they must be recognised and protected together. Where damage has been done, the symbiotic revival of ecosystems and culture must be pursued at landscape-scale through initiatives that can help cool the planet and sustain the fishing cultures that have fed communities large and small since time immemorial.

Exchange itself is also vital. Sustaining connections between small-scale fisher-people globally, gatherings like that in Finland help overcome isolation and nurture strategies for change. The next step on the path will be in Khanty-Mansia, Siberia, where the 2020 Festival of Northern Fisheries will be held.

Join Gaia and Snowchange at the We Feed the World Exhibition this October to see beautiful photographs from Selkie and other small-scale fishing, hunting and farming communities from around the world.