The 22nd of December marks 31 years since the assassination of Chico Mendes, the Amazonian rubber tapper who was killed for his tireless work to defend the rainforest that was his home, his livelihood and his source of wonder.

This article explores Chico’s life, work and assassination. It reflects on his many qualities as a rubber tapper, alliance builder, forest defender and, most of all, as a symbol of hope for the forest peoples of the Amazon, and every person around the planet who breathes because the Amazon breathes.

As the world’s largest rainforest faces the greatest expansion of destruction for decades, we honour Chico’s memory in the hope that by remembering him we can connect with our own duty to protect our living planet. 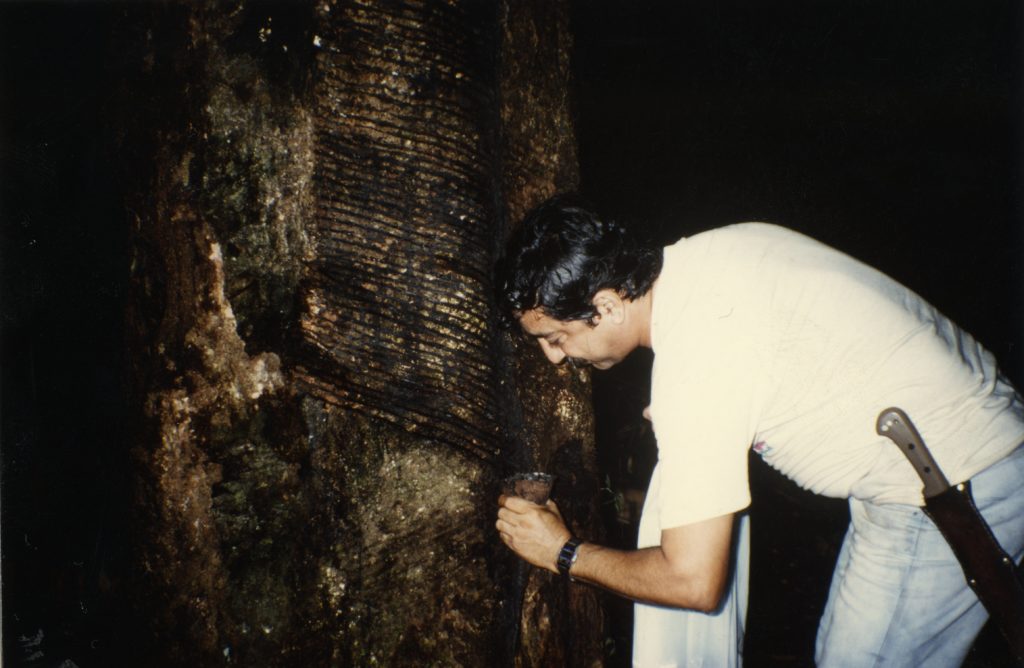 Born in 1944, Chico Mendes hailed from the community of Xapuri, in Acre State, northwestern Brazil. He and his community, like many others, was made up of the descendants of enslaved or indentured indigenous and non-indigenous Brazilians, forced to work for rubber ‘barons’ during the rubber booms of the early 20th Century. Chico’s father was a rubber tapper, as was his grandfather.

As British colonists shifted rubber production to more easy-to-reach plantations in southeast Asia, many Brazilian rubber barons shut their businesses and abdicated their lands. Left on their own, free of barons and bosses, rubber tapping communities like Xapuri were finally able to freely live in and make a sustainable living from their forest homes.

Chico, his wife Ilsamar and their three children existed in this way for much of the latter part of Chico’s life – living in and from the forest on their own terms. Chico’s cousin, Raymundo Mendes do Barros, says of the rubber tapper communities he and Chico grew up in:

“Not only did we make a living from the forest, we preserved it.” 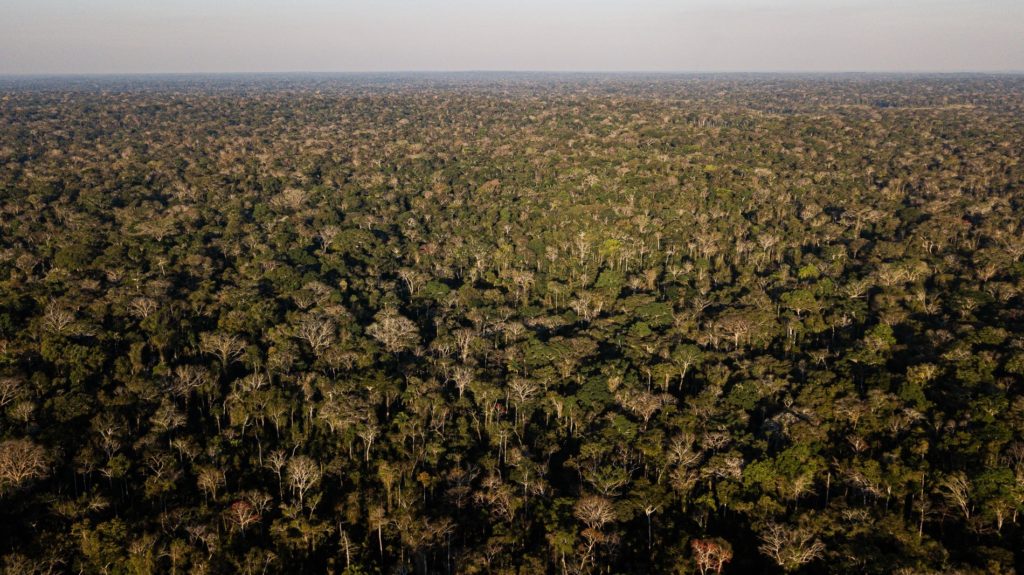 Between 1964 and 1985, Brazil’s military government enacted policies that posed an existential threat both to the Amazon and to indigenous and rubber tapping communities, like Chico’s. Seeking to use the Amazon forest for economic development, the government opened the Amazon to purchase and destruction by cattle ranchers and international investors. Massive deforestation followed.

In response, Chico played a leading role in uniting rural rubber tapping unions, including in his home community of Xapuri, in campaigns to protect the rainforest and their way of life. The organising of rubber tappers in Acre inspired others across Brazil, to begin organising nationally to defend the Amazon.

Union members put their lives on the line through direct action. One of the rubber tappers’ most famous strategies were the ‘empates’ or barricades, in which rubber tappers and their allies would physically block the path of bulldozers and loggers at the frontiers of deforestation.

Together these unions lobbied for the creation of ‘extractive reserves’ in which rubber tapper communities could live and carry out their activities without the threat of deforestation and landgrabbing. As a result of their work, more than one hundred of these reserves now exist across Brazil, protecting the lives, livelihoods and forest homes of thousands of people and immeasurable biodiversity. 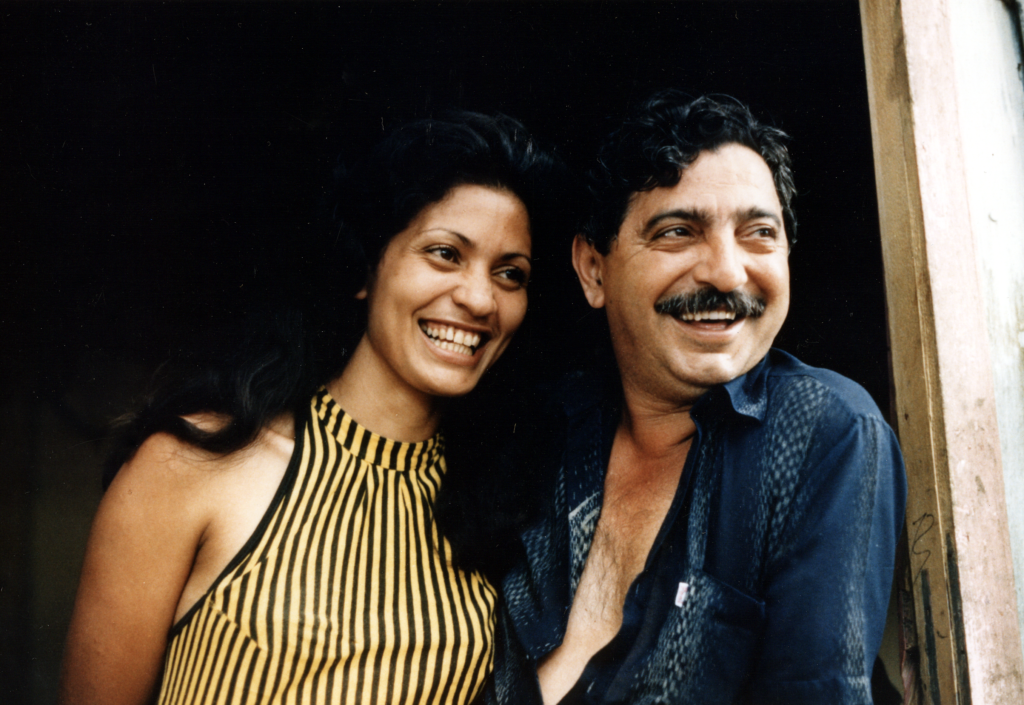 Chico and his wife, Ilsamar, at home. Photo: Wikimedia Commons

Chico rapidly became a globally recognised activist synonymous with protecting the Amazon. He travelled to the US and beyond with his message that people, like the rubber tappers and Indigenous Peoples, can live with and from the forest in harmony. For his work organising on the ground and raising global consciousness he was awarded the United Nations Environmental Program Global 500 Roll of Honor Award in 1987.

During his many travels, Chico began, as he one famously said, to see that:

In the late 1980s, Chico turned his attention to building alliances between rubber tappers and other forest peoples, including Indigenous Nations throughout the Brazilian Amazon. 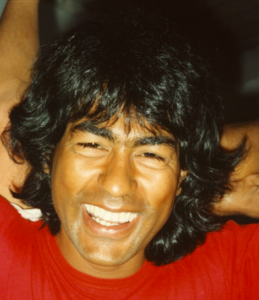 Chico forged a particularly firm friendship with Indigenous leader Ailton Krenak, of the Krenaki People living along the Doce River. Together they created the Forest People’s Movement- a united alliance of different forest peoples- to better defend the Amazon.

In 1988 Gaia launched the Forest People’s Support Group and the Forest People’s Fund, to support Chico, Ailton and other leaders to organise their resistance and educate society about their diverse cultures and their role in maintaining life in the forest. That same year Chico received Gaia’s first ever small grant – $500 per month so that he could dedicate himself to this work.

“My first memory of Chico was when he took us through the forest to meet other rubber tappers.  His  love of the forest radiated from him – as he kept stopping to introduce us enthusiastically  to  the wonderous plants along our walk.  It took a long time to reach our destination, and along the way people would appear from nowhere to greet him.  He had time for everyone and was keenly interested in how they were doing. When one of our group was stung, he looked around and picked a leaf which he rubbed on the sting to soothe it, saying “Look! The forest provides everything we need in life – medicine right here, when you need it, for a sting and so much more!”

A Legacy of Protection

On the 22nd of December 1988, Chico Mendes was shot dead outside his home in Xapuri, in Acre State, north western Brazil- assassinated by Darci Alves da Silva, the son of a local rancher whose lands and plans for expansion were threatened by Chico’s efforts to protect the forest.

Chico’s assassination was the most high-profile of many other killings of Earth Defenders in 1988. With escalating levels of repression against activists, Chico’s murder was not a surprise to him, or others who knew him well.

In an interview for the film Voice of the Amazon, released posthumously in 1989, Chico said:

“I have already escaped six attempts on my life… still I have a moral commitment to myself. I cannot abandon the struggle, even if one day I should be struck with an assassin’s bullet.”

Then, as today, the brave people who stand on the frontlines of struggles to defend the Earth face harassment, intimidation, torture and murder. In 2018, more than three Earth defenders were killed every week. Twenty of those killed were defending ecosystems and communities in Brazil.

“Chico did not live to see how his inclusive environment conservation seed flourished across socio-environmental movements and programmes worldwide, but his sense of perseverance, human rights, justice and resistance keep inspiring the forest peoples and their many allies until today”, says Dr Grace Iara Souza, a political ecologist at Kings College London’s Brazil Institute.

Chico’s murder was reported globally and, such was the power of his work, that Chico’s memory has continued to inspire the protection of his beloved forest after his death. In 1990 the Chico Mendes Extractive Reserve (Resex Chico Mendes) was created in his home state of Acre. The reserve remains one of the largest of its kind in Brazil, protecting over 2 million acres of rainforest and giving a home and livelihood to over 10,000 people.

Chico has also influenced many activists, academics and others from Brazil and beyond who, inspired by his work, are dedicating their own lives to the defence of the Amazon in solidarity with her peoples.

“Chico Mendes was an inspiration for me since my childhood. When I was a kid, I saw him as a defender of nature and of a very special place on Earth: the Amazon. Chico, alongside his forest partners, were visionary in thinking of another type of ‘development’ for the Amazon and of another type of relationship, which was one of union of the peoples, instead of division. The forces that led to Chico Mendes’ murder were not acting only against his life, but against life on Earth. At the time we are living now, his struggle and the lessons we learn from it could not be more contemporary. We must unite to defend life. Defending the forest and its peoples is a way of doing that”, says Carolina Comandulli, a Brazilian anthropologist at the Centre for the Anthropology of Sustainability at University College London. 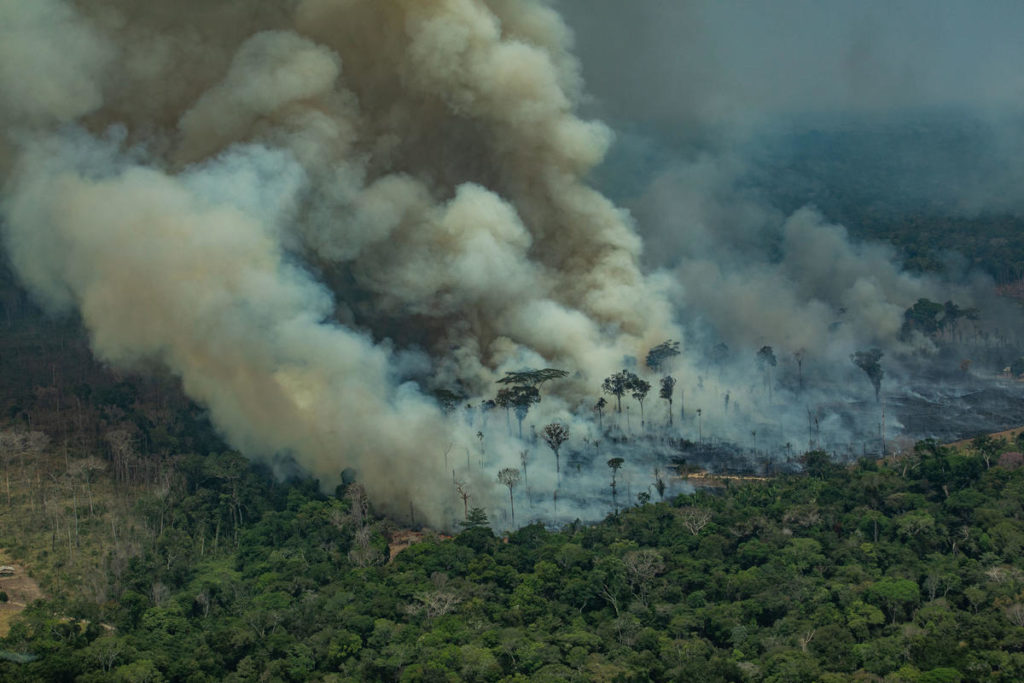 It is impossible to ignore the global headlines about Amazon fires, surging levels of deforestation, killings of forest defenders and the eerie resonance between the Bolsonaro Government’s plans to industrialise the Amazon and those of Brazil’s former military government.

Brazil stands at a critical juncture, with the future of the world’s largest rainforest and the balance of the global climate system at stake. After decades of painstaking progress on slowing deforestation, inspired by Chico, Ailton and countless others, the Amazon’s security, and that of the peoples who protect the forest, are under major threat.

Brazil’s government is targeting indigenous territories and  protected areas for ‘development’ and deforestation. This includes the Chico Mendes Reserve. Reports emerging from Brazil in recent months suggest that the Bolsonaro Government is seeking to reduce the reserve’s extent in favour of the interests of a land-grabber responsible for illegal deforestation, as well as to downgrade the status of the nearby Serra do Divisor National Park which protects the region of the Juruá between the Poyanawa and Nukini indigenous territories in the North, and the Ashaninka territory and the Alto Juruá Extractive Reserve in the South.

At the same time, the government is seeking to silence and obscure the work and sacrifice of forest defenders, like Chico, who are standing in the way of their destructive policies. Earlier this year, Brazil’s environment minister, Ricardo Salles declared Chico Mendes “irrelevant”, claiming “I don’t know who Chico Mendes is”, despite overseeing the Instituto Chico Mendes, which is charged with caring for Brazil’s protected areas.

As they did in the 1980s, the Amazon’s guardians are fighting to stop this catastrophic backsliding on the protection of one of our planet’s most critical ecosystems, which plays a vital role in the Earth’s climate system.

As we move into a new decade, Chico’s anniversary provides a sobering reminder that to weather these storms requires creativity, alliance building and, above all, the courage to stand up for what is right for all of life on Earth. 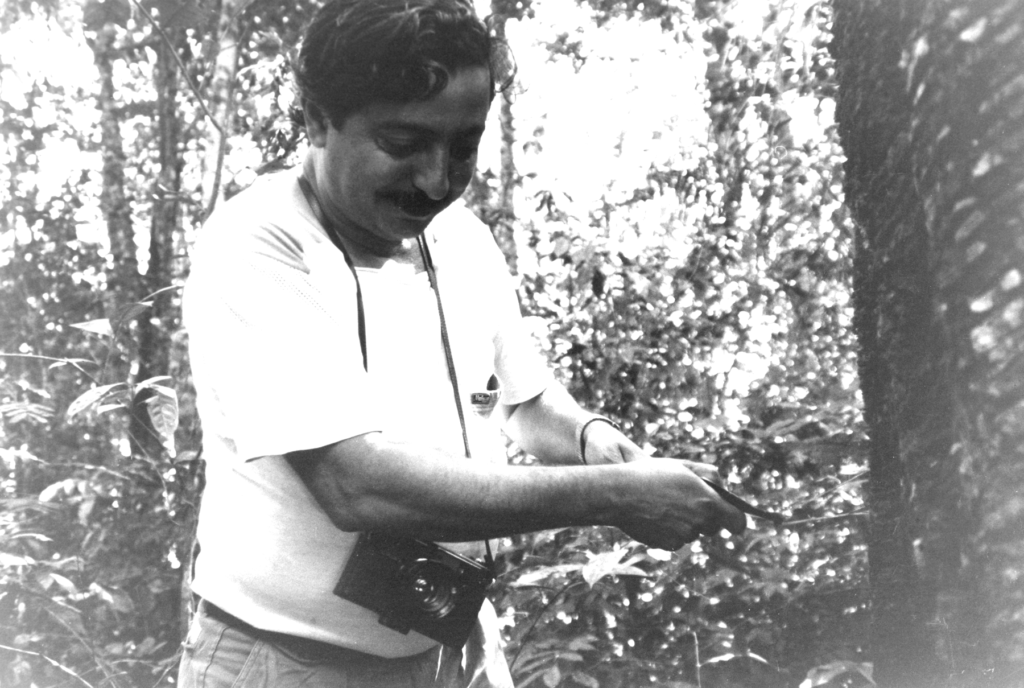 Chico Mendes at home in the forest he loved and protected, tapping rubber in the traditional way. Photo: The Guardian