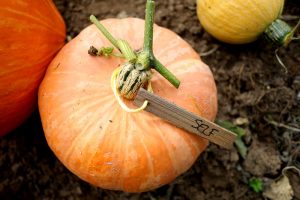 The aim of the Seed Sovereignty UK and Ireland Programme is to support the development of a biodiverse and ecologically sustainable seed system in the UK and Ireland.

Currently only 3% of all seed available to grow on the UK market is organic. That means the majority of the ‘organic’ products we purchase and consume are grown by organic methods, but not from organic seed. Gaia’s UK and Ireland Seed Sovereignty Programme seeks to address this, and to support small-scale growers by developing a resilient agroecological seed system with regional diversity at its heart.

Working closely with all those involved in the existing seed movement – from the Soil Association to the Seed Cooperative, to the Landworkers Alliance, as well as European allies  – we will be supporting new and emerging projects across the diverse landscapes of the British Isles. This is the first large-scale, collaborative effort of its kind.

To first find out the needs of growers and those involved with seeds in the UK & Ireland, a year long Feasibility Study was conducted in 2015. From this study, and referring to The Bauta Family Initiative on Canadian Seed Security as a model, The Gaia Foundation and partners developed ‘The Seed Sovereignty for UK & Ireland Programme’.

There is a growing awareness among growers that we are losing our genetic inheritance, and that there is something we can do about it. Knowledge and coordination are the key to change this and the feasibility report was a vital first step in bringing people together to find solutions.

Biodiversity is critical for ensuring a secure and sustainable food system. At a time of climate crisis, there has never been greater urgency to re-build global seed diversity. According to the United Nations Food and Agriculture Organization: “Plant genetic diversity is … one of the central preconditions for food security. It … provides the genetic traits required to address crop pests, diseases and changing climate conditions”. Diversity in plants also gives us a range of options for raising the healthiest and most productive crops. No matter what changes happen in our food system, we will always be able to adapt if we have enough genetic diversity.

In November 2015, the National Farmer’s Union in the UK highlighted that the UK’s self-sufficiency in food production has fallen from 78% in 1984 to 62% currently and may fall to less than 50% by 2080. The loss of topsoil and consequent decline in availability and quality of arable land for agriculture have also come to light recently, with a resulting awareness of a need for change in agricultural policy and practice.

Agroecology is the farming of the future!

The benefits of an agro-ecological approach in dealing with these issues have been highlighted in a number of studies including perhaps the most famous, the IAASD report; Agriculture at a Crossroads (2009) in which more than 400 scientists, stemming from all continents and a broad spectrum of disciplines cited the merits and necessity of an agroecological approach to farming. With an emphasis on nurturing ecological sustainability and growing for local markets, the need for an alternative food production system is now critical. This would require the production of local seed and thereby support seed sovereignty – seed produced through ecologically sound and sustainable methods.

There is important work currently being done by various groups within the agroecological sector in the UK and Ireland to address the challenges we face with our seed system. The experts working in this area have the right skills and knowledge to help effect change. However, the alarming rate at which we are losing our plant genetic diversity means that these efforts urgently need to be supported, coordinated and scaled up in order to make a real difference.

Why is Agro-biodiversity important?

The term ‘agro-biodiversity’ refers to the genetic diversity that exists within crops that are used for food, while ‘biodiversity’ is usually considered to refer to wild species of plants and animals. Agro-biodiversity is critical for ensuring a resilient and sustainable food system. At a time of climate crisis, there has never been greater urgency to re-build global seed diversity.

The Feasibility Study highlighted 9 key areas to focus on within the programme:

Strengthening and developing Regional hubs of seed producers To exchange best practice, share resources and experiences and feed into the following 8 points.

On-farm training With seed production being an ‘art’ that has been lost there is a clear need to train up more growers in how to produce good quality seed and for these to mentor and support future growers.

Variety trials The trialling of varieties is needed as the range of agro-ecological seed is limited and only through trials can the most suitable of these be taken forward and developed.

Participatory Plant Breeding (PPB) Running alongside, and as natural progression from the trials work, there is a keen need for developing new varieties and all those in the study agreed that a participatory approach between growers and researchers would be the best approach in ensuring a good selection of traits.

Database Without a good form of dissemination the results of the previous areas would be limited to those directly involved. A database fed into by growers and accessible by growers means that information coming from trials and growers own observations would be available to a wider audience.

On-line space As interest in seed production and the issues involved increases, some form of central portal to direct and publicise the growing amount of resources and articles is required. This portal will weave together the other parts of the programme, promoting a network of growers and other partners.

Regulations EU Directives currently inhibit the marketing of varieties that are produced in smaller quantities, mixtures and that do not fit with the current listing criteria. Part of the programme aims to propose an alternative legislation that encourages smaller seed producers and promotes a broader range of agro-biodiversity able to be sold.

Engagement and public awareness Whilst the programme aims to develop the resilience of growers, there is also a growing awareness exhibited by gardeners and those interested in the seed and food sectors. A programme of engagement through talks, workshops and displays is planned to further promote the issues of seed and the production of agro-ecological seed.

If you would like to find out more about the programme or get involved please email the Programme Manager, Neil Munro on [email protected]

Find out why protecting and reviving seed diversity is so critical by visiting our sister website and home to an inspiring film trilogy, Seeds of Freedom.