We find ourselves living in a time of complex, multi-dimensional crises. These are moving fast and slow. Their effects are intensely localised but are global in scope. They challenge all our conventions of thinking about ourselves in time and in space. Gaia’s Hannibal Rhoades ponders how we are and should respond and shares some hopeful examples.

In his book ‘Mining Capitalism’, anthropologist Stuart Kirsch describes the difficulties indigenous communities, international NGOs and environmentalists in general have in confronting ‘slow moving environmental disasters’- a fact corporations use to their advantage. 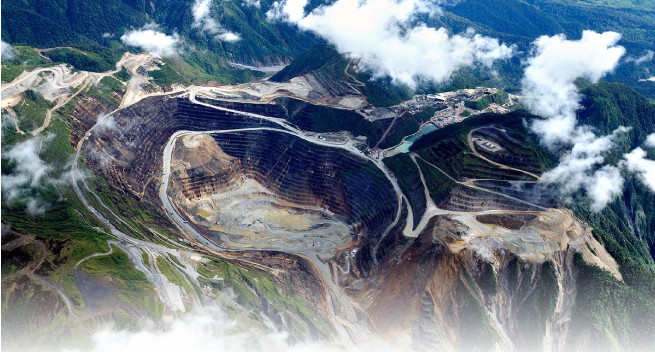 Using the case of the infamous Ok Tedi copper-gold mine in Papua New Guinea as an example, Kirsch describes how corporations utilise the ‘politics of time’ to delay meaningful action against such harmful projects until the damage is done. Tactics include denying and producing science to cast doubt on independent reports of ecological damage, employing ‘corporate social technologies’ to placate local communities and intensely lobbying, by fair means or foul, the authorities and policy-makers in charge of regulating and responding to such disasters.

In the case of Ok Tedi, the result of these tactics is a river that runs grey and sludgy with the 80,000 tonnes of mine waste discharged into it every day; the damage or destruction of 2,000 square kilometres of forest; the loss of sustainable livelihoods for over 40,000 people living downstream of the mine. 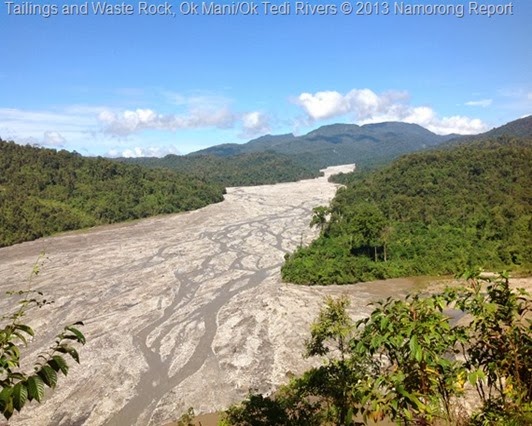 It is estimated that it will take 300 years to clean-up the damage done by the Ok Tedi Mine. Looking forward, that is 12 generations of people living along the Fly River System who will feel the mine’s impacts. Looking backward, it is a considerably longer period of time than has passed since the British first made a concerted attempt to colonise PNG in the 1790s.

In many ways, Ok Tedi provides an analogue for the converging ecological, social and economic crises we face globally. Though this is speeding up, and though many feel the impacts more acutely than others insulated by wealth, geography and histories of (neo)colonial exploitation, on the timescale of an individual human life the overall unravelling of Earth’s systems is a slow-moving environmental disaster. It is a process, not a distinct event, and despite all our maps and models we struggle to see it in its whole, entangled temporal and spatial extent. We also have to contend with the active denial of this fact, manufactured by corporations and states around the planet.

Naturally, the question everyone is asking is ‘how to respond?’ This is the question and as it relates to a complex system there is no one answer, no road map, no totalising, world-saving strategy. This is uncharted territory for any and all human societies. Never have we needed to ‘change the whole system’ with the clock ticking so loudly, and quickly.

But perhaps it is possible to distil- by looking at the problems, their causes and the intersections between them- some of the qualities our responses ought to embody to give us a chance. Time and space- their qualities and how we approach them- are important in this. 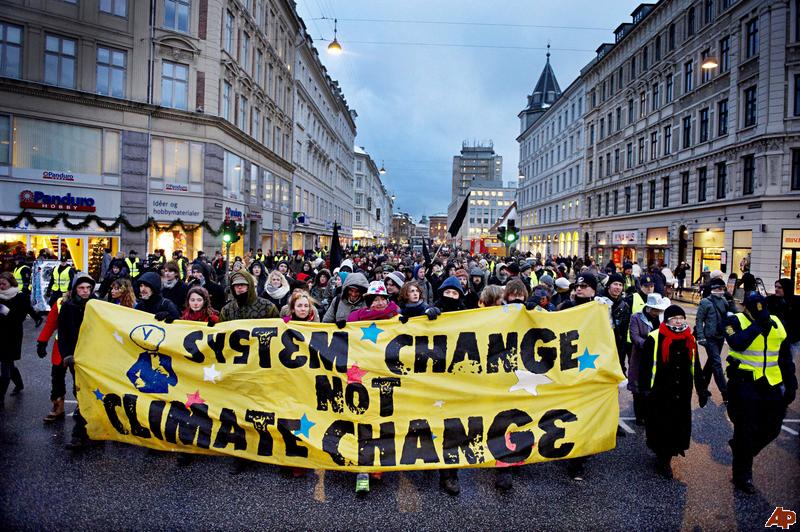 As Kirsch points out, we can be quite good at responding to immediate, visible, contained disasters through quick, well-coordinated and often global campaigns. Yet try as we might, these campaigns often fail to address the roots of the problems we are trying to solve, which are more widely distributed and rooted deeper in time.

Though they do web up into a diverse system of action, these campaigns are often deliberately limited in their temporal and spatial scope. They interact directly with the problematic system- its hierarchies, processes and logics – in order to access the influence necessary to make immediate change. The kind of change that is tangible and you can write easily-digestible change stories about, shoring-up funding flows to these initiatives.

Whilst these actions and campaigns are often undoubtedly necessary and, in the short term at least, effective in achieving their goals, it is also true that their culture, and the quality of time they embody in order to achieve these goals, is insufficient for counteracting the global, slow-moving disaster we are in the midst of and, for many of us, participating in.

In their quest for pragmatism within the system we find ourselves working in, such campaigns increasingly, and more or less overtly, adopt market-based, or economically-framed solutions; solutions to problems inextricable from how said markets motivate us to act in time, with the focus on immediate returns that is the preserve of neo-liberal, shareholder capitalism.

It has become something of a platitude to bemoan the ‘short-term’ behaviour and policymaking of corporations and states in the era of neo-liberal capitalism. Though they can produce pollution ‘events’ and/or slow-moving disasters, destructive projects like Ok Tedi that emerge from this short-termism have in common a relationship with nature based on deeply held assumptions about time and space.

We live in the age of the Environmental Impact Assessment. As we can observe from the emergence of ‘biodiversity offsetting’, corporations and states see nature as a collection of reducible parts that can be generalised, disassembled and reassembled across space and time using human knowledge and techniques drawn from the reductive sciences. They deny the uniqueness, complexity and specificity of ecosystems and the dynamic, systemic relations between one place and another i.e. that a place is as it is because other places are as they are, have been and will be. 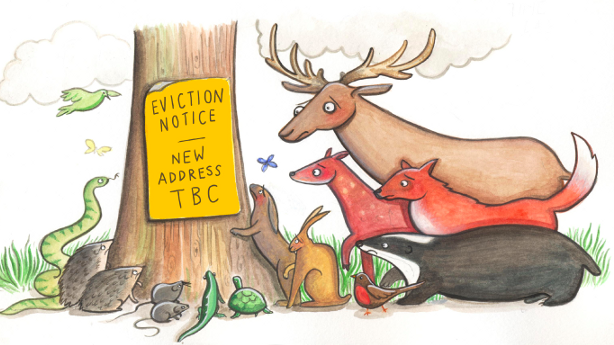 This underlying belief, translated into policy and law, allows states and corporations to approach nature quickly in practice– to do damage, delay realisation of the consequences and obscure (responsibility for) the cumulative impacts of a project in order to turn a profit, feed markets real and virtual, and offload liabilities.

This is not a correctable quirk of organisational and institutional governance, it is a behaviour played out time and time again around the world that stems from the deep logics that allow the neoliberal capitalist system to operate. In other words, it is a cultural problem, and has to do with how we see the world, in space and time.

American farmer and essayist Wendell Berry describes the dangers of succumbing to a culture that is out of sync with (and not humble before) Nature, writing:

“If we do not know how to adapt our desires, our methods and our technology to the nature of the places in which we are working… that is a cultural failure of the grossest and most dangerous kind.”

So, how do we take responsibility for and change our culture, as well as adapting our tactics and strategies, in the way we organise and respond to the slow moving, multidimensional disaster that threatens to engulf us?

In addition to urgent actions that are both reactive to and reliant on the culture of capitalism, it follows that we should nurture work that challenges that culture; that is pre-figurative in its politics, embodying the changes we want to see. 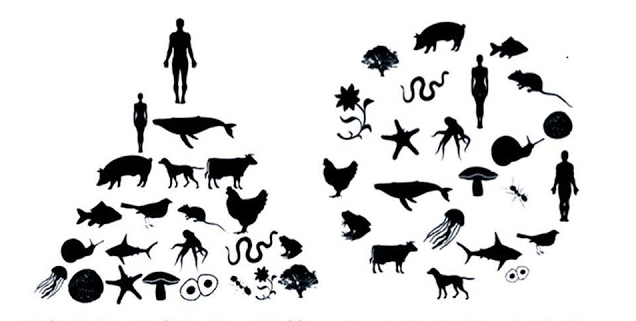 This work has several distinguishing features when it comes to fostering different relations with time and space, the world around us, Nature. It is intensely place-based (which does not necessarily mean small in scale). It values the interconnections between diversities of culture and ecosystems and therefore acknowledges and seeks to support and elevate communities who are the custodians of culture, land and water. And it takes time; because of the damage that has been done, the colonisation- cultural, spiritual and material- that has happened, and because we cannot afford to just conserve what we have after many centuries of loss- we must re-wild and restore what we can of our places and ourselves.

At present there are immense barriers to doing this work, in-part because, as described, we have internalised severely limited concepts of time and space that in turn influence what is considered ‘pragmatic’, narrow the field of what is ‘achievable’ and limit the flow of wealth and optimism to these efforts.

And yet examples do exist. There are precedents to build on- a slow rip-current in the tide we so often find ourselves directing, rather than stemming or turning it back.

Based in Eastern Finland, the Snowchange Cooperative is accompanying the community of Selkie to re-wild lands and waters damaged by decades of peat mining and industrial forestry. Their story encompasses ancestral time and many generations of fisher people, hunters and berry gatherers, the flashpoints of winning conflicts with extractive industries and restoration for a changed and uncertain future. 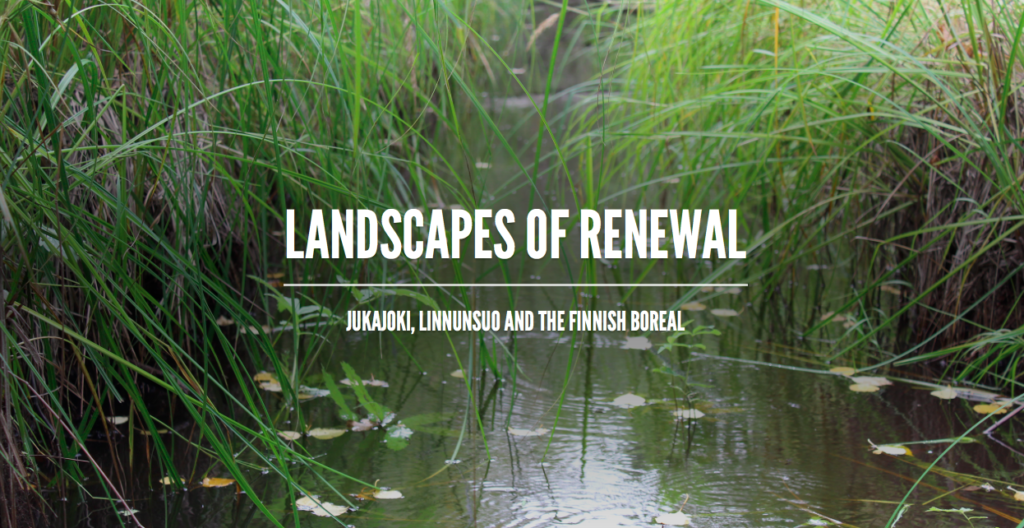 Read ‘Landscapes of Renewal’, an interactive story about Selkie, to find out more.