Find out how Uruguayan movements and our partners Oceanosanos are leading the way to protect the rich and incredibly diverse water of the South Atlantic from Illegal, Unreported, Unregulated fishing and plans for a massive new port. 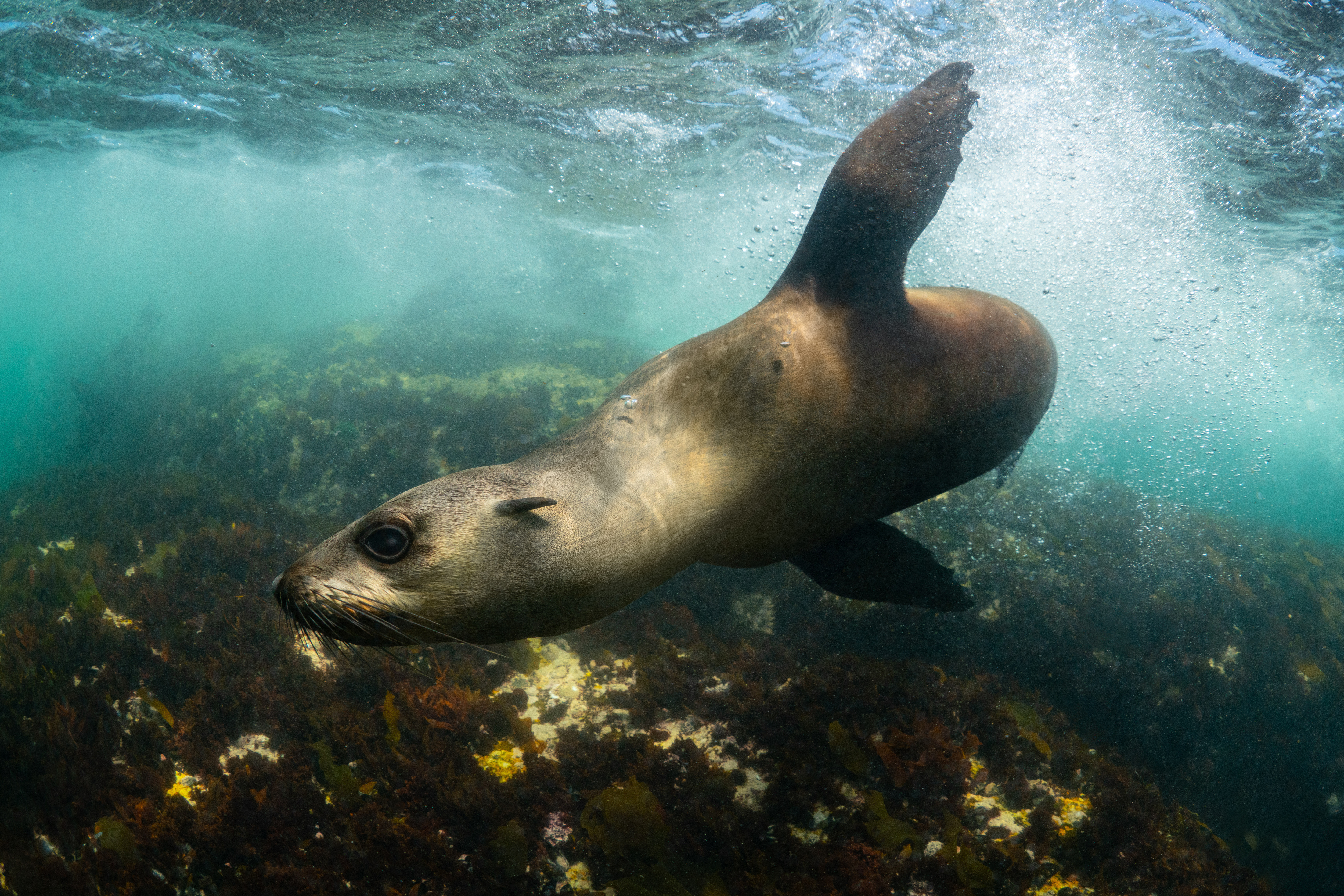 We all depend on healthy oceans. These vast bodies of water generate more than half of the oxygen we breathe, help regulate the climate and are a source of food, medicine and sustenance for billions of people around the world.

And yet our oceans, and the species who call them home, are under siege from threats as diverse as plastic pollution, overfishing and an emerging deep-sea mining industry.

That is why ‘It is time to listen to the oceans’ will be the leading message of the first ever Uruguayan Oceans Conference.  On Friday 26 July, marine specialists will gather in the small Lain American nation for a public discussion about how to truly protect the rich marine life of the South Atlantic Ocean.

Organised by the Oceanosanos (‘Healthy Oceans’), a project of local NGO the Organisation for Cetacean Conservation (OCC-Uruguay) and The Gaia Foundation, the conference will bring together international guest speakers from Argentina, Brazil, Chile and Spain with some of Uruguay’s leading voices on ocean conservation.

It will be an opportunity for government officials, the fishing industry, marine specialists, presidential candidates, legislators, journalists, civil society and youth to discuss the future of Uruguay’s waters.

Off the coast of Uruguay, the convergence of a warm ocean current from Brazil and the cold Malvinas (Falklands) current creates one of the richest aquatic systems in the world. The region acts as a migratory route for whales, dolphins, seals, sea lions, fish and birds, including more than 100 threatened, vulnerable or critically endangered species.

This abundance of oceanic life makes Uruguay a vital country for marine and coastal protection down the entire coast of Latin America, from Brazil’s north-east coast to the tip of Argentina.

Uruguay’s rich oceans have also supported the sustainable livelihoods of many small-scale fisher-people for generations. But in recent times these waters and the country’s strategic location on the western side of the South Atlantic have attracted more rapacious, industrial fishing interests.

Over-fishing and brutal practices including shark and ray finning are now jeopardising the health of marine ecosystems, the livelihoods of small fisher-people and the human rights of ship crews from as far away as South East Asia.

The port of Montevideo, Uruguay’s capital, has become the second most visited port for vessels involved in IUU (illegal, unreported, unregulated) fishing; an industry with deep ties to organised crime worldwide.

Milko Schvartzman, coordinator of Oceanosanos, said: “Huge fleets of vessels, from China, South Korea and Spain, among other countries, are responsible for the mostly uncontrolled depredation of marine fauna, in their search for squid, hake, rays and sharks.

“The situation is worsened by trans-shipment on the high seas, which can camouflage a multitude of activities related to illegal fishing: the laundering of undeclared fish, corruption, and even the trafficking of drugs, weapons and people.”

Oceanosanos investigations have led to a series of news reports that have put IUU fishing in the national spotlight, and recently screened Ghost Fleet, a powerful film that casts light on the deep ties between IUU fishing and modern slavery, sharing the harrowing stories of people enlisted as crew members in South East Asia and kept for months at sea against their will to work on trawlers; often those fishing illegally.

As a result of these investigations, IUU is now becoming an issue of national political importance.

Members of Oceanosanos have met with candidates for the upcoming Presidential elections to secure their commitment to ending Uruguay’s complicit role in IUU fishing and taking action for ocean health.

Future decisions about plans to construct a new Chinese-funded mega-port in Montevideo will be a test of that political commitment.

Chinese ShanDong BaoMa Fishery Group Co is proposing and planning to build a huge new fishing port in Montevideo. At a cost of $210 million, and rising, this new industrial-scale port would handle two million tons of merchandise, process 230,000 tons of aquatic products, such as squid, and allow for the repair of 500 deep-sea vessels, per year.

But why is a Chinese fishing company building massive infrastructure on the other side of the Atlantic in Uruguay?

Rodrigo García, Director of OCC Uruguay, said: “There are 164 companies in China engaged in deep-sea fishing, with almost 3,000 vessels distributed in some 30 countries and in international waters such as the Atlantic, Indian and Pacific oceans.”

ShanDong BaoMa’s planned port would support Chinese and other fleets industrialise fishing in the South Atlantic. It would increase the amount of fishing in Uruguayan waters, including of overfished and endangered species, allowing foreign vessels to stay longer and process fish and other marine creatures directly in Montevideo.

Whereas today Chinese vessels must travel back every two years for refitting and repairs, the new port would mean they could stay in South Atlantic waters indefinitely.

Oceanosanos questions the compatibility of the Government’s duties to “ensure conservation, the management, the sustainable development and the responsible use of hydrobiological resources and the ecosystems ” (fishing law 19.175, article 2) and the construction of the port.

“The pressure on [fish]stocks that are already exploited to the limit or over-exploited will increase,” says Milko Schvartzman.

This week reports revealed ShanDong BaoMa will not be permitted to build its port at the company’s preferred location of Punta Yeguas. This constitutes a huge success for the Oceanosanos project and the many communities, fisher-peoples and youth groups who have mobilised in opposition to the port.

García is cautiously optimistic about the victory: “There was a lot of pressure and added to that was a pre-electoral period. The port will not be carried out in Punta Yeguas, but that doesn’t mean it won’t be elsewhere.”

This caution appears to be well-placed as, according to reports from within Uruguay, the company has been offered an alternative site at nearby Punta Sayago, just 1km away, by the Uruguayan Government. There is work still to be done.

In the midst of these struggles marine experts will come together with officials holding the power to help protect Uruguay’s waters at the nation’s first Oceans Conference.

IUU and port impacts will feature high on the agenda, as will establishing effective Marine Protected Areas, ensuring that local fishermen can maintain sustainable livelihoods based on the sea, combatting plastics and marine pollution.

García is hopeful the conference – declared of national interest by the Ministry for Housing, Territorial Ordering and the Environment – will be a starting point for actions within Uruguay to ensure the health of oceans for future generations in the wake of the rejection of the original port plans.

He believes Uruguay is a small country with big potential as a voice in marine conservation. And, critically in an election year, the people of Uruguay seem to be with the ocean protectors.

García said: “The Uruguayan citizenship is very interested and concerned about the marine situation, the contamination of plastics, and development projects that affect the natural heritage and sovereignty of this country.